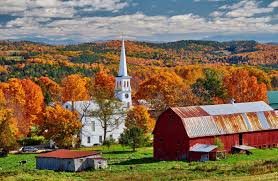 On Wednesday, Aug. 5, advocates for regulating and taxing cannabis touted the release of an economic report which concludes a regulated cannabis market could help Vermont recover from the economic recession.

The report, authored by Andrew Livingston, director of economics and research at Vicente Sederberg, LLP, indicated that previous revenue estimates by the Joint Fiscal Office are probably lower than what would be produced if S.54 becomes law. Additionally, the report examines what would happen if the legislature amends S.54 to allow for early-start sales — it projects that Vermont could generate over $175 million in cannabis taxes through 2025 if it chooses to do so.

Highlights from the report

The new estimates are based on the actual track record of sales in other states, such as Washington and Colorado. The projections are substantially higher than those from the Joint Fiscal Office because the report relies on new data that was not available in the past. Additionally, the new estimate accounts for demand from consumers who live in neighboring states.

The state can only realize this amount of revenue if S.54 is amended to prioritize licensing of cultivators and to allow for early-start sales beginning in 2021.

S.54, which already passed the House (90-54) and the Senate (23-5), awaits action from a conference committee that has been formed to work out a final version of the bill.

Vermont legalized possession and cultivation of cannabis for adults 21 and over in 2018, marking the first time any state legislature legalized cannabis for adults’ use through the legislative process rather than through a voter initiative. However, Vermont remains one of only two U.S. jurisdictions where cannabis is legal but where adult-use sales are still illegal and unregulated.

If S.54 is enacted, Vermont would join ten states that have laws regulating and taxing cannabis for adult use.

An overwhelming 76% of Vermont residents support allowing adults 21 and over to purchase cannabis from regulated, tax-paying small businesses according to a poll conducted by Public Policy Polling and commissioned by the Marijuana Policy Project earlier this year.
The state legislature passed a limited medical cannabis law in 2004, decriminalized possession in 2013, and has gradually improved its cannabis policies in the years since.

The Marijuana Policy Project has been advocating for cannabis policy reforms in Vermont for more than 15 years.

Matt Simon, New England political director at the Marijuana Policy Project said, “Vermonters overwhelmingly supported the effort to regulate cannabis sales prior to Covid-19, and the sense of urgency has only increased in light of the economic downturn. This detailed report shows that Vermont’s economy could benefit tremendously from passage of S. 54. It’s time for advocates to stand together and support legislators as they determine the best path forward for the state.”