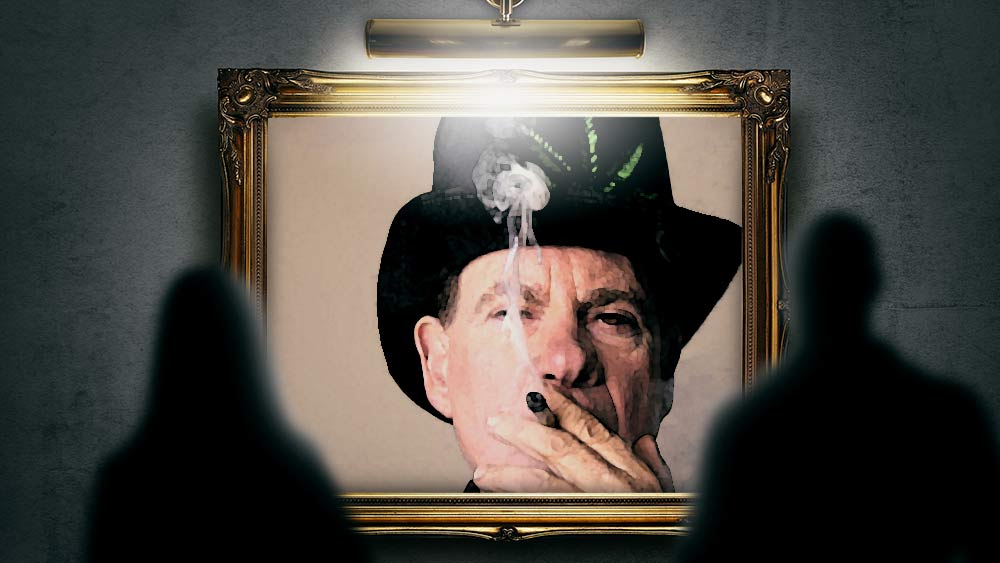 Ed Rosenthal is one of the most prominent American advocates for cannabis legalization and medical marijuana use, and above all, an expert pot grower.

So, here’s someone whose passion for the cannabis plant has led him to a pretty unconventional life. And not only is that life probably much more exciting than most, it’s also completely truthful in that Ed really loves what he does and does it out of conviction. How many of us can say that?

For many decades, Ed has been answering questions and advising people in a popular advice column called “Ask Ed”. It started as a column in the renowned High Times, and now it’s published in different media, including print books that compile years of questions and answers.

Since Ed is considered one of the most knowledgeable cannabis cultivators in the world, people mostly ask him questions about growing the plant. He also writes about the same issues on his blog, and he’s written a book titled Marijuana Grower’s Handbook that’s used as a primary textbook for cannabis courses at Oaksterdam University.

Here are some examples of Ask Ed Q&A:

Is urine good for my plants?

Ed replies that urine contains a high concentration of nitrogen which the plants need for better growth. The contents of urine depend on a person’s diet, but it usually contains as much nitrogen as some artificial fertilizer, so it needs to be watered down – one part urine, five parts water. Urine also contains hormones, enzymes and other ingredients, but usually no pathogens, so it can be used without filtering.

Does it matter which side of a mountain you grow cannabis?

Ed says yes. Marijuana grows best in the sun’s full exposure. The southern part of a mountain has sunlight almost the whole day. The eastern/western side gets direct sunlight only during mornings/afternoons. Those plants won’t be as advanced as those on the southern side. And the northern side doesn’t get much sunlight.

Why do some growers stick their plants with thumbtacks?

Ed explains that there used to be a myth that THC was produced by stress. So, in order to get the THC going, they used all sorts of plant torturing techniques, and one of them was to put a thumbtack in the stem. However, he says it’s true that THC serves to protect the plants from stress such as predation or high UV light, but stress caused by painful tacks will not cause the production of higher concentrations of this potent cannabinoid.

Both amateur and advanced pot cultivators can send their questions to Ed via his website.

Today, at 75, Ed Rosenthal is still as enamored with the magical plant as he was when he started getting to know it decades ago. And he’s still as devoted to the cultivation process. The good thing about plant growing is that no coronavirus lockdown can mess with it.

Ed has helped many amateur and advanced growers with his columns, books and talks on best cannabis growing practices.

Some topics he discusses in detail on his blog are how to professionally germinate cannabis seeds, how to use fungi for better plant growth and why he’s fascinated with the mycorrhizal fungi, how to prevent mold and mildew, how to get rid of spiders and russet mites, how to enhance cannabis flavor by focusing on drying and curing the plant properly, etc.

With so much experience behind him, Ed is the right person to consult when starting out, not just because he knows so much, but because his instructions are very clear and easy to understand. And because of his never-fading enthusiasm for the process and love for the plant.

Perhaps the most interesting biographical “detail” in Ed Rosenthal’s life is the moment when he was arrested and convicted of illegal cannabis cultivation and conspiracy, which sounds like an episode in the life of some narco-boss.

What really happened was that Ed was appointed by the city of Oakland to grow cannabis for medical marijuana patients, after he was actively involved in the implementation of Proposition 215 – the trendsetting legal act that got it all into motion. Thanks to Proposition 215, or the Compassionate Use Act of 1996, California was the first state to legalize medical marijuana use despite the federal ban and the FDA not approving it.

And then, out of the blue, federal agents arrested him, and the court convicted him on three charges, including conspiracy. The jury later changed their verdict when they found out the city appointed him to cultivate medical weed – an information that the court withheld on purpose.

Luckily, Ed spent only one day in jail. And the whole mess with the U.S.’s far-from-perfect legal system didn’t scare him away. He continued advocating for legal weed and helping people harshly affected by the War on Drugs through social justice organizations that he founded or that he collaborated with.

Ed Rosenthal is a person to admire for many reasons. One of the most important is his big heart and bravery in fighting battles for those who need it most. The other is his bigger-than-life enthusiasm for the cannabis plant and its cultivation.

He says it so convincingly: “Marijuana may not be addictive, but growing it is.”