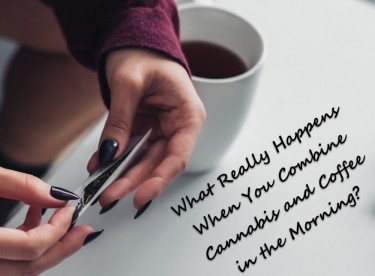 Wake and bake: for many stoners, this is the best way to start the day.

Light up, followed by a nice cup of coffee. When each are consumed in the right amounts, this combination can produce a delicious state where both body and mind are energized but also, relaxed. After all, caffeine does give you energy while cannabis mellows you out.

In a 2016 study, researchers found that both cannabis and caffeine do increase levels of dopamine, the hormone responsible for making you feel happy. So it’s no surprise that people indeed report feeling euphoric after a wake and bake session; what’s interesting is that the researchers noticed these effects are magnified even more when you combine both the substance and the plant.

There have been quite a few other studies taking a deeper look into what happens when people mix pot and coffee. The latest study, released last year and published in the Journal of Internal Medicine, revealed that our metabolism has much to do with the effects of cannabis and coffee. Specifically, they found that when we consume more coffee, this results in a reduction of blood metabolites within our endocannabinoid system (ECS). As we know, the ECS plays an important role in regulating many body processes such as our sleep, appetite, mood, and more.

The study took place over the course of three months, involving 47 subjects in Finland who were asked to abstain from coffee for a month, drink 4 cups a day during the 2nd month, then 8 cups a day for the third month. The researchers utilized advanced profiling tools to record the data from 800 metabolites taken from the subjects’ blood samples. The findings revealed that coffee consumption had an impact on 115 metabolites; some of these we already know about while others were new discoveries.

“These are entirely new pathways by which coffee might affect health,” explains lead author Marilyn Cornelis. “Now we want to delve deeper and study how these changes affect the body.” One of the major findings was that a spike in caffeine consumption, especially when the participants were drinking 8 cups a day, reduced the amount of neurotransmitters that reached the endocannabinoid system, leading to the opposite effect of what happens when we smoke cannabis: more neurotransmitters reach the ECS.

Cornelis adds that since the endocannabinoid metabolic pathway helps us deal with stress, and since endocannabinoids can decrease significantly when we are under chronic stress, the same happens when we consume too much caffeine daily. “The increased coffee consumption over the two-month span of the trial may have created enough stress to trigger a decrease in metabolites in this system,” she says. “It could be our bodies’ adaptation to try and get stress levels back to equilibrium.”

Since the endocannabinoid system also affects our cognition, immunity, energy, and glucose metabolism among many others, consuming too much coffee may not give us the healing benefits we need from cannabis. “The endocannabinoid pathways might impact eating behaviors,” Cornelis explains, “the classic case being the link between cannabis use and the munchies.”

However, much remains to be learned about how the combination of coffee and cannabis affects our high. “Whether elevated blood levels of plant-derived cannabinoids (resulting from cannabis use) offset the lower levels of endocannabinoids produced by the body naturally (in response to coffee) or vice versa is unknown but one can imagine this might impact the effects of either substance/beverage,” Cornelis tells ZME Science. “Coffee is a very common beverage and it’s highly possible that cannabis users are also coffee consumers.”

Another interesting find from the study is that drinking coffee increases the presence of metabolites found in the androsteroid system, which means that the metabolites help eliminate steroids – this is helpful because there is the potential of preventing diseases including cancer.

“Seems every month we hear about a study linking coffee to some disease or condition,” Cornelis tells ZME Science. “In most, if not all, cases that’s all we know. Whether it’s causal or just how coffee impacts the disease is often unknown. This latest research provides insight to the latter and therefore pushes the coffee research forward.”

Are There Risks Involved With Using Coffee And Cannabis?

There are no known cases of this combination being harmful or fatal. But just like with every substance, caffeine included, there are limits to be observed. Keep in mind that everyone reacts differently not just to cannabis but to coffee too, so if it’s your first time to wake and bake, it might get you unusually high.

If you’d like to see what the fuss is all about – why people love waking and baking with coffee, here are some helpful tips:

Start with a small dose: This applies to both caffeine and cannabis. Consume less when you are mixing both for the first time.

Pace yourself: Allow your body some time to adjust to the effects of cannabis and caffeine before you decide to increase your intake of either

Observe: Take note of how much each makes you feel; keep a journal if intend to experiment.

Though there are no side effects involved with consuming cannabis, caffeine is a known stimulant and has been shown to cause increased blood pressure and rapid heart rate in some people. Don’t consume large amounts of caffeine even when you are experimenting. It’s always important to listen to both mind and body. 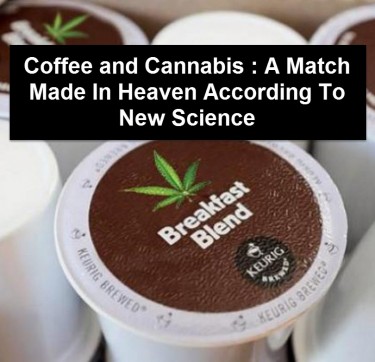 WHY CANNABIS AND COFFEE ARE A MATCH MADE IN HEAVEN! 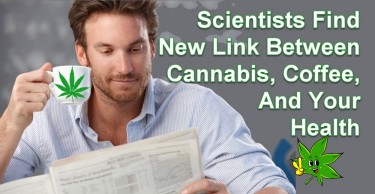 SCIENCE LOOKS AT CANNABIS AND COFFEE FOR HEALTH BENEFITS!