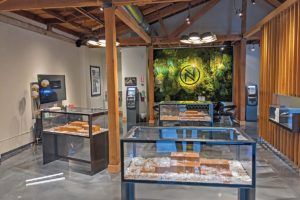 (This story appears in the November-December issue of Marijuana Business Magazine.)

The coronavirus pandemic brought many cannabis businesses to a halt in the spring.

Then, in May and June, marijuana companies were targeted in a rash of robberies and lootings.

And, in late summer, wildfires began destroying cannabis farms across the West Coast.

All that activity has caused a major uptick in insurance claims by marijuana businesses, but the process of getting paid by an insurance company isn’t always easy or straightforward.

There are often surprises or fights with insurance carriers who don’t want to pay. And the industry’s federally illegal status only makes the situation murkier.

“Most days, as an insurance-coverage lawyer, life is pretty boring. Nobody wants to talk to you. In 2020, I’ve become a lot more popular,” quipped Michael Sampson, a Pittsburgh-based attorney who specializes in insurance issues for both marijuana companies and mainstream businesses.

Marijuana Business Magazine queried several insurance experts—including brokers, agents and attorneys who have fought insurance carriers in court—to learn how cannabis businesses can get the most out of their insurance policies when disaster strikes.

‘Don’t take no for an answer’

The first rule of thumb when dealing with insurance carriers, experts say, is to remember that insurance companies are for-profit businesses designed to make money by collecting more in premiums than they pay out in claims.

That means it’s in insurance companies’ interest to look for reasons to deny a claim—even if the claim is valid.

“You’re working against the backdrop of an industry that’s disincentivized to pay claims,” said Sampson, who has represented both marijuana companies and mainstream businesses against insurance carriers in court.

Experts say business owners who find themselves in this situation should push back—with a lawyer, if necessary.

“Don’t take no for an answer,” said Robert Finkle, a California-based attorney who has dealt with several marijuana businesses’ insurance claims in court.

Finkle pointed out that unnecessary delays in getting insurance claims paid can occasionally be the basis for a bad-faith lawsuit.

He and other experts also noted, however, that the claims process can be a lengthy one—anywhere from months to a year or longer, depending on the size of the claim in question.

Two steps should take priority after disaster hits a business:

A good insurance broker—the person who sold you the policy, not the company you are asking to pay your claim—should be able to assist with these steps, said Stephanie Bozzuto, a co-founder of Cannabis Connect Insurance Services in California.

“Ask your insurance broker for help if you need help,” she said. “Don’t give up, and don’t quit. I know it’s lengthy. It’s not a quick turnaround time on big theft claims.”

Bozzuto, who chairs the National Cannabis Industry Association’s Risk Management Committee, said she knows the process can be discouraging, particularly for small-business owners. However, she noted insurance carriers are increasingly paying out on marijuana businesses’ insurance policies as the industry matures and as coverage becomes more airtight.

The other immediate step is to document as much as possible, which should bolster the strength of your claim when it comes time to justify payment.

For instance, any retailer that was robbed should have a log of inventory that was on hand. And if a cultivator is filing a claim that includes inventory theft, records from the state track-and-trace system can be used as documentation, Bozzuto said.

“When you submit a claim, take pictures. Take short video clips and narrate,” McManamon advised, adding that it’s up to the insured business to prove that the insurance carrier should pay the claim. “Understand that the burden is somewhat on you to prove that you had a loss.”

To that end, he added, precision helps a lot.

“All too often” companies adjust their claims upward after the fact because they didn’t do a full accounting of their losses before starting the claims process, McManamon said.

Adjusting a claim makes it more dubious in the eyes of the insurance company and can create delays. The documentation and details are linked, he said.

Be ready to negotiate

Another good way to make sure the claims process goes as smoothly as possible is to provide the insurance carrier with solid, verifiable information about the value of the items lost, said Doug Esposito, a principal with California-based Owen-Dunn Insurance Services.

That includes accurate market prices for lost or stolen inventory, he said, because the claims process can rightly be viewed as a business negotiation.

“No one is just going to roll over and cut you a check. They’re going to check the market to say, ‘What are those Gavita lights going for today? What’s a wholesale pound (of outdoor-grown marijuana) going for? What is a vape pen with that amount of concentrate going for?’” Esposito said. “This is a business transaction, and there’s going to be a negotiation.”

And because it’s a negotiation, companies often have to be patient—even when the claims process can seem mind-numbingly slow.

“Take a deep breath and realize this is not going to be a fast process,” Esposito said.

Several insurance experts said there’s no average time frame for how long a claim can take, but Bozzuto and Esposito estimated that fairly straightforward theft claims in the range of five figures might take only a few months.

If there’s physical injury involved in the claim, however, or if the insured amount is worth six-figures or more, then the process can drag out for at least a year.

“It’s been a slugfest just to keep the thing moving.”