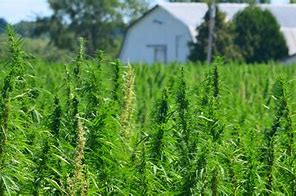 Ever since the cannabis legalization process began to gain global momentum, much has been said about its medicinal and therapeutic potential, as well as the huge market that awaits behind the doors of adult use regulation.

However, the cannabis plant has even greater potential, of which today we’re seeing but the tip of the iceberg. Hemp is a subspecies of the cannabis plant; it lacks most of marijuana’s psychoactive effects, but can be used as raw material for several industries -such as textile and construction.

Steve DeAngelo, one of the most recognized cannabis activists of the last decades, says that hemp has the ability to replace virtually any petroleum product.

“Hemp can be grown without pesticides. Captures 22 tons of atmospheric carbon per hectare. It is a powerful phytoremediator that extracts industrial poisons from contaminated soil. And, likewise, it is a powerful tool to control erosion and remedy unproductive or marginally productive lands,” says DeAngelo. And adds: “We are only now harnessing the industrial hemp plant’s potential as a rotating crop with regenerative agriculture qualities.”