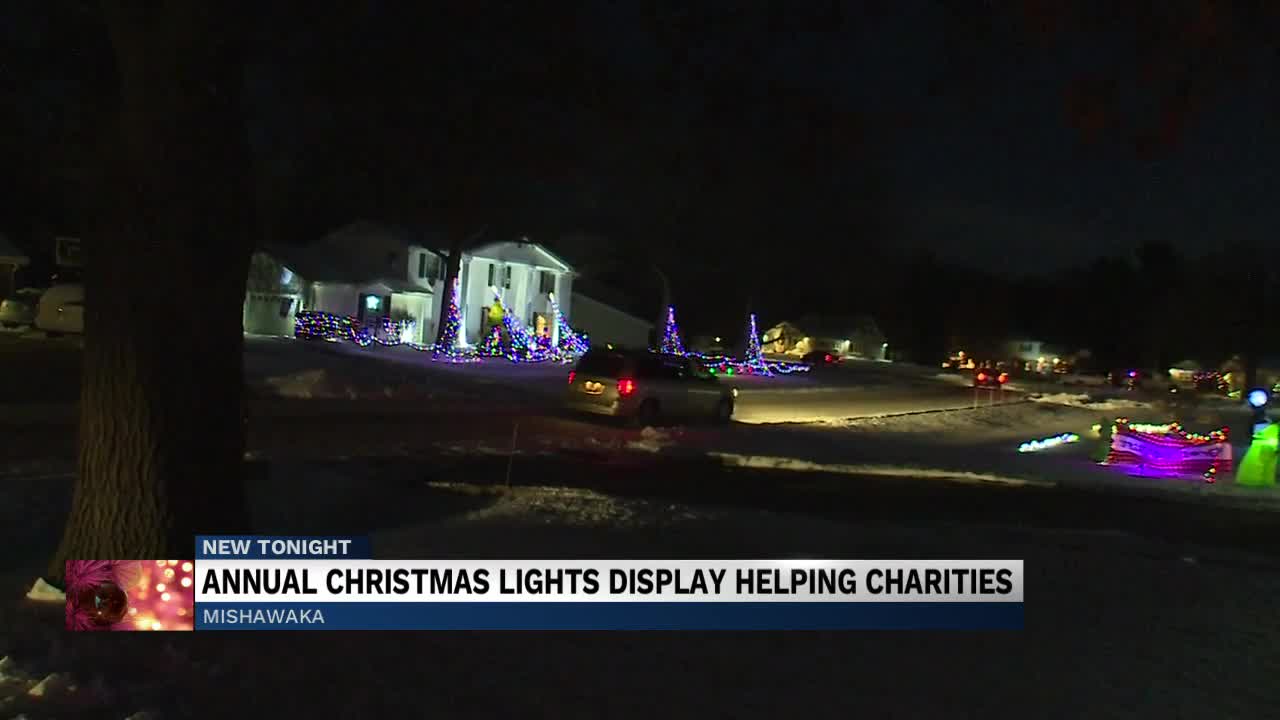 MISHAWAKA, Ind. – For decades, Winding Brook Park in Mishawaka has had its annual Gift to the Community Lights show in December. Residence of the neighborhood voluntarily put out their best Christmas Decorations, setting up a lights show people in the community van drive through, and at the end of the route, guests can donate to local charitable organizations. The donation period ended on Christmas, but the lights are still up for families to go see as the holiday season nears its end.

This has been a big year,” Winding Brook Park Association Board President Zach Dripps said. “Myself, I’ve gone through the last ten years. I’ll agree. I think this is the biggest year we’ve had. About 75% of our homes had lights on them. So, I think that’s a really great year for us.”

The donations were split among nine charities and non-profit organizations in the community. Those were the Center for the Homeless, IN*Source, AARC, the Children’s Dispensary, Hannah’s House, Tri Kappa, the Family Justice Center, St. Vincent DePaul and Blue Star Mothers. Each organization sent volunteers to help collect donations at the end of the drive-through route. Organizers said it brought them more than monetary donations.

Organizers said they were concerned about what turnout would look like this year because of the uncertainty with COVID-19, but said 2020 turned into one of the best years yet.

“I think the pandemic has played a huge role this year,” Dripps said. “First, I think a lot of people have come through looking for winter activities. This is a great thing to do. Also, I think it’s a huge tradition for many families. So, having something that feels normal again is really good.”

“We volunteer to help collect donations at the end from people who are driving through to look at the lights, (this year) many people as they passed through and gave their donations indicated that the lights were brighter and bigger than they’ve ever seen.”

Dripps said he and the rest of the Winding Brook Park Association Board will know the total amount the lights raised this year in January. Their goal was to top last year’s mark of $25,000. Dripps said there is no deadline by which residents must have their lights down, and people are more than welcome to still come through and see them each night.