Low stress training and other canopy management techniques have been used extensively in the cannabis growing community for decades. The reason is that, to this day, cannabis is mostly cultivated in urban settings and using artificial lights.

Some of these techniques were adopted from standard agronomic practices, others are specific to medical marijuana and its growth patterns. In this post, we give a short overview of cannabis training methods compared to other crops.

This is a method that commercial companies use. They produce a large number of clones and induce the flowering soon after they transplant them into final containers. As a result, the plants stay short and compact all the way to harvest.

As you can see, SOG is the most traditional technique because the majority of herbs and leafy greens are grown this way. Instead of clones, SOG growers also use autoflowering seeds which likewise produce small and fast-finishing plants.

The meaning of this technique is to bend and tie down both the main stem and the side branches to create a flat canopy. This serves several purposes:

In urban agriculture, LST can be a promising technique for tomatoes and other vining crops. 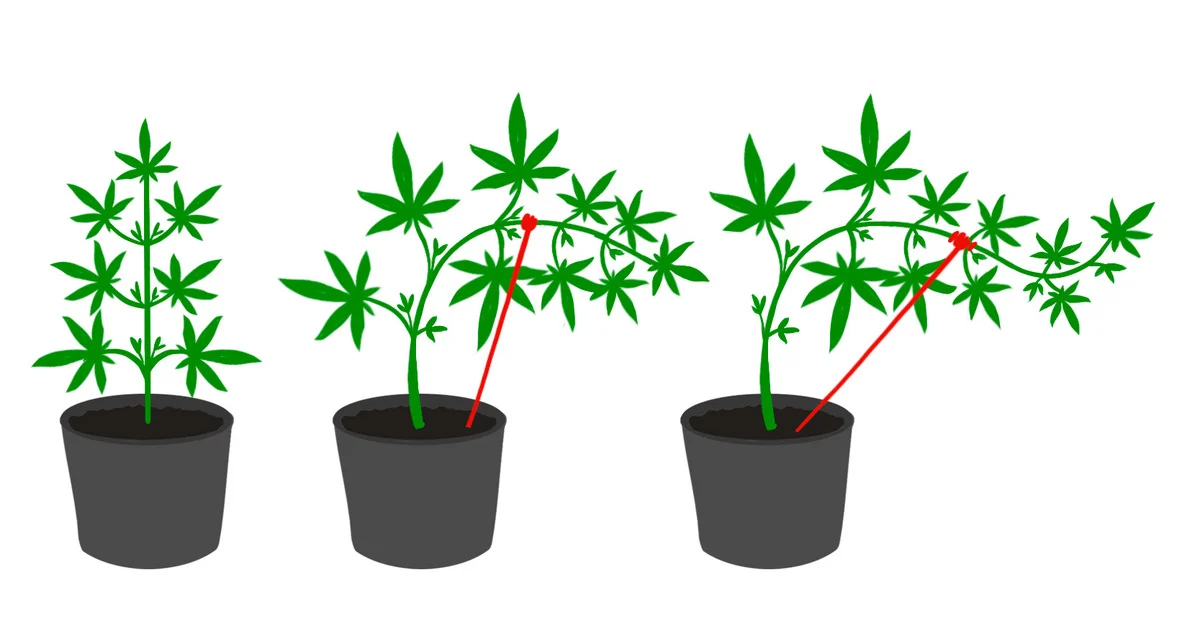 A special form of LST is ScrOG which combines the tie-down procedure with a kind of horizontal trellising. In Screen of Green setups, gardeners use a mesh that both provides support for the buds (flowers) and allows to spread the branches across a wide surface area. ScrOG also allows to achieve needed yields with fewer plants—a useful feature when there are legal limits in place. 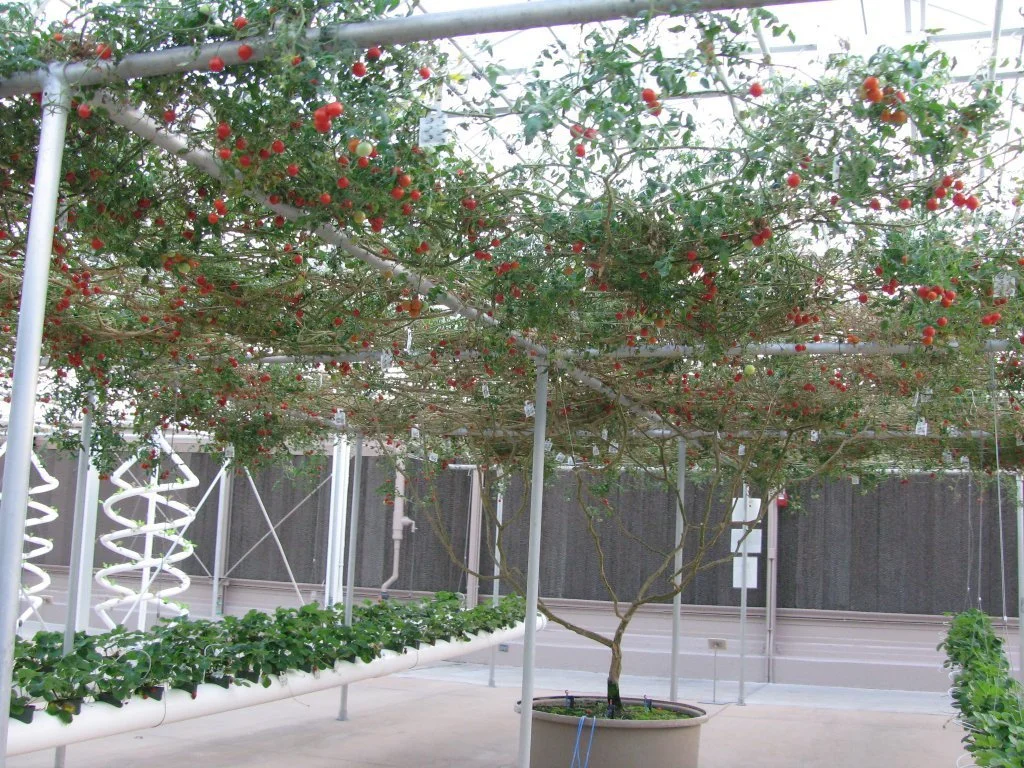 Topping, or pinching off the plant’s apex, isn’t exclusive to cannabis cultivation. It’s also used in other crops, such as some melon varieties, where the idea is to redirect the energy to the side shoots which bear bigger fruits. Topping is also used to stop the vertical growth of the vine toward the end of the season.

In medical marijuana, however, topping is yet another technique for creating a shorter plant with more branches and a flatter canopy and thus increasing the efficiency of the light. The other goal is to reduce the apical dominance and thus get flowers of more uniform size and texture.

Unlike peppers, cucumbers, or tomatoes, for example, where ‘suckers’ are considered undesirable and removed while they’re still small, marijuana growers typically encourage the growth of side shoots.

Still, pruning is a commonly used procedure. Growers usually remove one or two pairs of bottom branches because, independent of light penetration, these tend to remain underdeveloped and have very low-quality buds. Besides, pruning the lower growth helps with air movement at ground level and decreases the risk of mold, but rot, and other issues.

For the same reasons, growers also pune away secondary branches inside the canopy—those that are blocked from light and prevent free air circulation.

A complementary technique to pruning, defoliation also increases the exposure of bud sites to light and facilitates better air movement inside the canopy. Also, like tomatoes, cannabis plants can benefit from the removal of lower leaves during the fruiting period.

According to the “source and sink” theory, lower leaves ‘sink’ the products of photosynthesis to roots, or, at best, to the stem, but never to fruits/flowers. In the later stages of flowering, the root system of cannabis stops growing. And so does it’s sink capacity which makes lower foliage unnecessary, while removing it is an effective measure against stale air and mold.

Growers also routinely remove upper fan leaves, but for another reason: to stop them from blocking bud sites from light. This is not unlike tomato growing where gardeners remove the excessive foliage around clusters of ripening fruits.

Lollipopping basically means the same as fruit thinning in other crops. However, the only flowers (buds) that should be ‘lollipopped’ are those that are in the lowest third of the plant, while those on top are left intact. As a result, the branch reminds of a lollipop.

Lower bud sites are usually completely shaded from light, or are at a distance where the bulb is already ineffective. And even if one uses auxilliary side lights, it won’t help lower buds become as large and dense as those on top. So, this method makes the quality of produce more uniform.

In most other fruit bearing crops, gardeners don’t discriminate between lower and upper fruits, and, if necessary, perform the thinning for all clusters across the whole height of the plant.

The cannabis growing community has developed a few slang terms for some of the aspects of plant care, including low stress training. However, these techniques have either been adopted from traditional horticultural practices, or are firmly based in plant biology. Therefore, they can be adapted to growing some of the more traditional crops. Especially in urban agriculture, with its stress on cost efficiency.