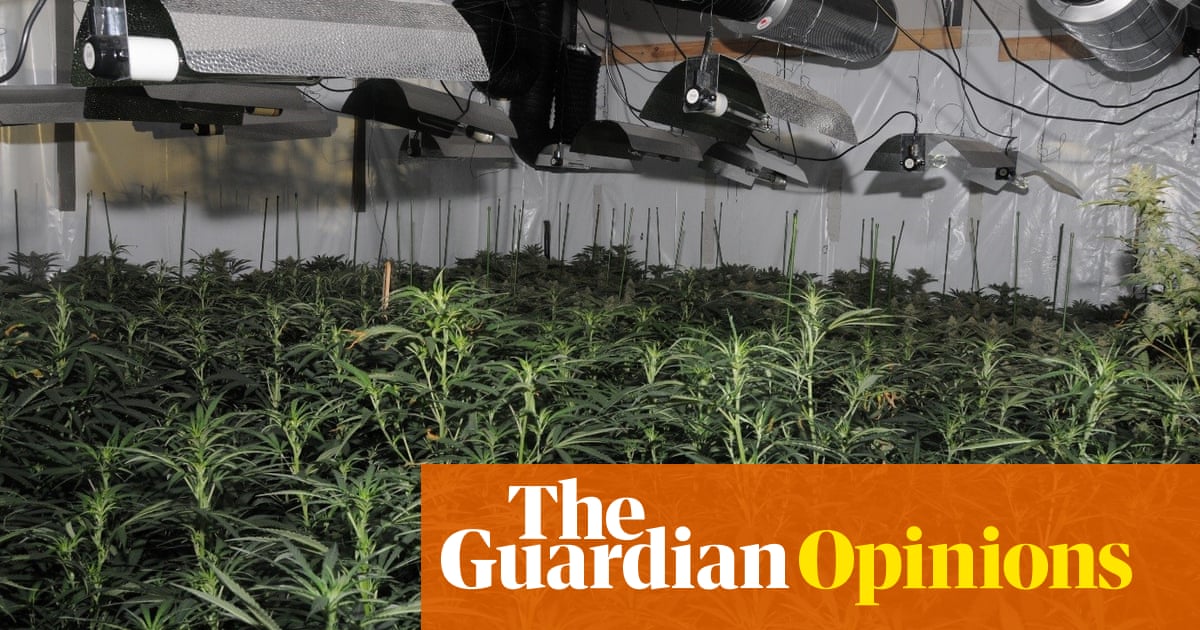 There’s always a detail in apocalypse fiction that looms horrifically in your subconscious from your first encounter with the genre, when you were a bit too young for it. Mine is plants bursting through concrete, that stark reminder that mankind is evanescent and nature is stronger. As a child, it was the most terrible thing I could imagine: grass growing through pavement, creepers tendrilling out of defunct offices. I think I got this phobia from The Day of the Triffids, possibly the only book in the British canon where the plants are the bad guy.

It’s easy to imagine it happening in the City of London, which is deader than every other dead place, eerie and full of foreboding. What happened instead was that someone established a cannabis factory of “significant size” (according to the police) right next to the Bank of England. It wasn’t the gigantic tent with the 826 plants that gave it away, but rather the strong smell commonly associated with the class B drug. Can you call a smell a smell when there’s nobody around to smell it? Philosophically, maybe not, but yes, in the eyes of the law.

The fact that it got discovered shouldn’t blind us to how ingenious this was. It’s the first drugs bust of its kind made by City of London police. This Square Mile has been there, inhabited, full of buildings and whatnot, since the first century AD, possibly even before that, when centuries had no name, yet no one has ever tried to grow weed in it. (I’m not sure where the introduction of marijuana comes in the great timeline of Britain since the Romans.) Say what you like about soft-drug overlords, they know how to think outside the box. What’s the best place to do crime? Somewhere crime has never been done, except on computers.

Something about the deliberation of the enterprise, imagining these completely out-of-place plants in their neat rows, carefully tended, with their own heat lamps, has got me completely past any lingering fear of unexpected botany. Nature is healing and, finally, I’m fine with that.