Mia Rodriguez shows customers a Lemonade OG medical cannabis bud at Everest Apothecary at McMahon and Unser boulevards in Albuquerque. She has been an employee of the medical cannabis dispensary for about six months. Amy Byres photo.

With talk of New Mexico legislators possibly legalizing recreational use of cannabis, a medical dispensary’s chief operating officer looks to the future.
Everest Apothecary, a medical dispensary, is growing quickly with seven stores in New Mexico. Its newest location opened in December on McMahon and Unser boulevards, within eyesight of the Rio Rancho-Albuquerque border.
The store has been doing well, operating in the black since its opening, said COO Trishelle Kirk.
The cannabis industry is one of the few sectors of the economy to be positively impacted by the pandemic, she said.
“It’s been really good, considering we opened in mid-December, in the middle of the worst COVID numbers we have ever experienced. … I have been really, really happy with what the response has been,” Kirk said. “I think part of it has been that businesses around us have been so friendly and so helpful and so willing to get the word out that we were open.”
Although the business has been doing well, that means more patients are seeking medication at the dispensaries, she said.
“What we are finding is, a lot of the qualifying conditions that allow people to come into the medical program are really exacerbated by the quarantine order, stress, people being at home; we have a lot of PTSD (post-traumatic stress disorder) patients and this has been really challenging; we have a lot of chronic pain patients that aren’t able to do their usual routines and so we have seen that business has been good for us,” Kirk said. 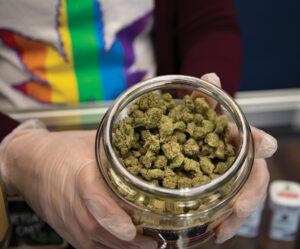 Everest Apothecary is vertically integrated, meaning the company grows its own supply and creates many of its products, she said.
“For us, we are in a high-growth period, so we have pretty much doubled in size every year since we opened five years ago, so for us it’s a lot of taking the money we are earning and investing it right back into the business and we are fully vertically integrated,” she said.
There are job opportunities in the cannabis industry, Kirk said. Everest’s workforce grew from 20 employees in 2016 to 92 last year and a projected 100-120 employees this year.
After opening the location near Rio Rancho, Kirk noticed employees putting in transfers to be closer to Rio Rancho homes and long-time customers going to the location from the City of Vision, she said.
“I think one thing that’s kind of helped us really hit the ground running is we have a pretty experienced staff here,” Kirk said.
In April, the company launched a delivery program to make medical cannabis available to patients who can’t go out due to a high risk from COVID-19, she said. The program was developed in five weeks and took an emergency amendment allow medical cannabis be delivered, Kirk said.
The company has made over 1,000 deliveries to the Albuquerque and Rio Rancho area.
“We would love to do more in Rio Rancho. We think this is just an awesome market,” Kirk said.
In 2016, Everest Apothecary was able to grow about 450 plants, expanded to about 950 in early 2019 and ended 2019 with about 1,750 plants, she said. This is about the amount of cannabis the company still grows.
If recreational use of cannabis is legalized in New Mexico, the company is in a position to grow to help meet demand, Kirk said. The company would expand to cultivate between 5,000-10,000 plants, she said.
However, there may be a supply shortage if other dispensaries do not do the same thing.
“It is a little difficult because it is so expensive and a little difficult to add cultivation infrastructure or really any infrastructure in cannabis because we don’t have access to traditional financing through banks. They won’t lend us money typically and so because of that, it is hard for us to expand,” Kirk said.
Vendors willing to work with the company typically do so at a high price, Kirk said. This tightens profit margins.
“I would not say this is a super high margin business until it is a high volume business, which is why in adult use, people are typically seeing more profits,” she said.
The cannabis industry is a fairly new industry, she said. New technologies are being developed in places like Canada and Israel, but with U.S. laws being the way they are, many of those techniques are not available because the cannabis industry is constrained within its state, Kirk said.
“One of the main things that has been a big topic of conversation every legislative session is allowing the medical producers to transition seamlessly into an adult-use market and there is a lot of benefits to New Mexico to do that,” Kirk said. “Because this is a really hard business — it is a very start-up business — it is very hard to get to economies of scale. And so as medical producers, we figured out how to do this in such a limited market that we are well-positioned to be able to take on an adult-use market.”
In addition, the state needs the tax revenue and tax diversity, she said.
An important effect of legalizing recreation cannabis is fewer people being jailed for marijuana possession, especially in communities of color, she said.
For more information, visit everestnm.com or stop at Everest Apothecary, 10660 Unser Blvd. NW, Suite G, Albuquerque. 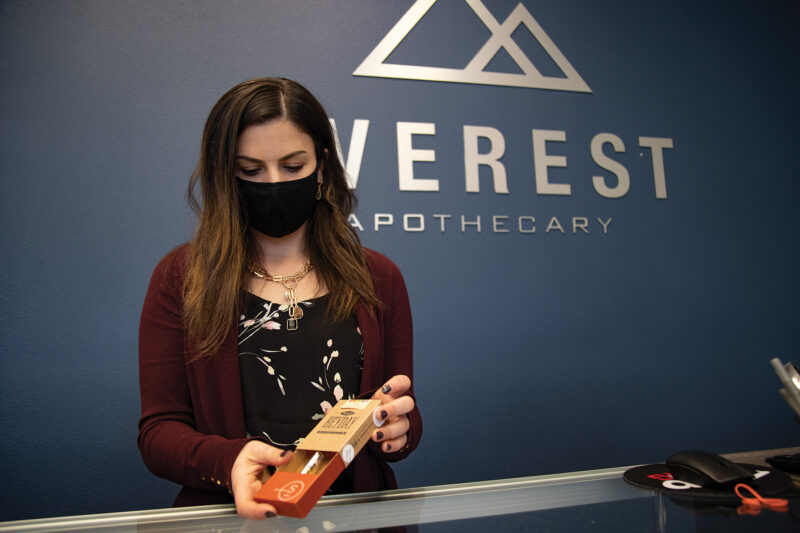